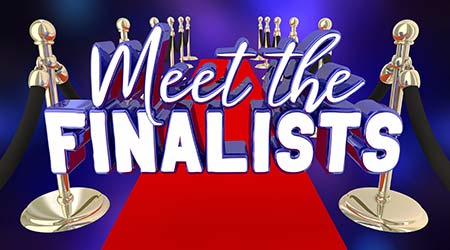 Tennant Company announced the first round of finalists in its second annual "Custodians Are Key" program, an 8-month recognition campaign that rewards the great work K-12 custodians are doing. The three finalists hail from Mississippi, Florida and Alberta, Canada and were chosen from a field of nearly 2,200 nominations from around the United States and Canada.

William Trotter of Dorsey Attendance Center in Fulton, Mississippi; Robert Campbell of Ponoka Secondary Campus in Ponoka, Alberta, Canada; and Alonzo Henley of Brownsville Middle School in Miami are the finalists. Each receives a $500 gift card.

“The quality of the nominees are so strong. It’s been challenging to just choose the first three. So many custodians are making a real difference in the lives of staff and students. We wish we could honor them all,” said Lisa Hrpcek, marketing manager, Tennant Company, in a press release. “Custodians’ role in their schools have never been more important as COVID-19 has put cleanliness and safety as the number one priority.”

William Trotter was nominated by Dorsey Attendance Center Principal Carson Cook. Trotter is known for his building projects – all done on his own time to enhance the school campus. One great example is the 40 x 28 green house. He volunteered to build it himself to save the school the installation cost of over $3,500. He has also built numerous projects for the sports teams and attends all the games to support the school and the children.

“As a principal I can assign Mr. Trotter to help me cover duty posts when shorthanded, and I know that he will do it willingly and with fidelity,” says Cook.

Trotter helps the lunch staff in the cafeteria by offering to take out their garbage and unload food trucks. He volunteered his tractor to help grow, tend and harvest a garden for the 5th grade science class and drives the hayride for the fall festival. A friend to every student, who he calls by name, Trotter gives special attention to the special needs children in the preschool program.

Robert Campbell was nominated by Ponoka Secondary Campus Administrative Assistant Nicole Berg. Known as "RC" to staff and students, Campbell keeps his school sparkling clean, but it’s his relationship with the students that led Nicole Berg to nominate him.  He knows each child and greets them personally, taking time to chat with them in the halls. He plays games with them, much to their delight.

“He’s developed a strong relationship with a special student who he’s had lunch with daily since he was in Grade 2. RC marked the student’s senior graduation with a gift and attended the ceremony which was postponed from June to October due to the pandemic,” says Berg.

Campbell not only goes above and beyond with students, but also staff. He recently purchased custom face masks for two of the administrative assistants in the office.

David Galarce, assistant principal at Brownsville Middle School, nominated Alonzo Henley, the school’s custodian. Henley has served the school in multiple capacities since 2005. He has been part of the security and custodial staff and is currently a school mentor, sponsoring the 5000 Role Models initiative for the past 15 years.

Henley was integral to preparing the building for the school’s Reopen Smart Return Safe initiative. He worked over the summer to make sure students had a safe learning environment upon their return to the facility. He also conducted home visits to ensure students had all the resources they needed for the beginning of the school year.

“The relationships he fosters with his role model mentees continue through their high school graduations and beyond. His impact among these young men is immeasurable. Mr. Henley becomes more like family to the young men he mentors, caring for them beyond anyone’s wildest expectation,” said Galarce.

The program launched Sept. 15 with a call for nominations at a time when school cleanliness has never been more critical. Nominations closed November 15. A total of 12 finalists will be selected. The campaign concludes on May 14, 2021 when a single winner is announced.

The winner receives a prize valued at $5,000 while his or her school receives $10,000. Kris Kantor, custodian at Hayes Elementary in Lakewood, Ohio, was awarded the grand prize this past June. Kantor was selected from 2,000 nominations during the inaugural program.