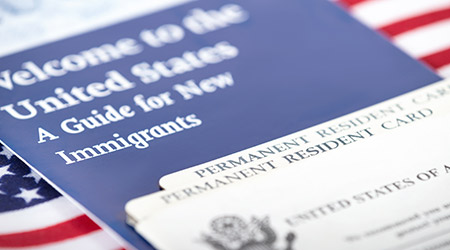 The Trump administration’s goal of deporting 300,000 undocumented immigrants to their home country following the expiration of the temporary reprieve they were granted was halted Oct. 3 by a federal judge.

According to a report by the “San Fransisco Chronicle,” U.S. District Judge Edward Chen employed a national injunction which maintains the temporary protected status (TPS) of people who left their homes in El Salvador, Nicaragua, Haiti and Sudan following varying disasters.

TPS was slated to be terminated for Sudan on Nov. 2. TPS for Nicaragua, El Salvador and Haiti would end in 2019. The Office of The Secretary of Homeland Security previously revoked all four nation’s TPS designations after determining each had recovered from the disaster that ravaged them.

A temporary protected status, or TPS, is a designation the Secretary of Homeland Security can apply to a foreign country so that the nationals from those countries already living in the United States aren’t forced to return to that nation until their leave is safer or that nation is able to accommodate their presence. TPS is similar to the often-discussed Deferred Action for Childhood Arrivals (DACA) designation it that TPS allows its eligible beneficiaries to obtain documentation allowing them to legally work in the United States. To qualify, these individuals must have a history free of felonies.

Like in other industries, people with TPS designation have been legal employed by various building service contractors and facilities across the country as janitors.

“The potential loss (of TPS workers) in 2019 and eventual wind down of DACA is going to have a very negative impact on the industry,” said Jacob Monty, managing partner of Monty & Ramirez, a Houston-based law firm focused on employment, labor and immigration compliance, in previous Contracting Profits article.