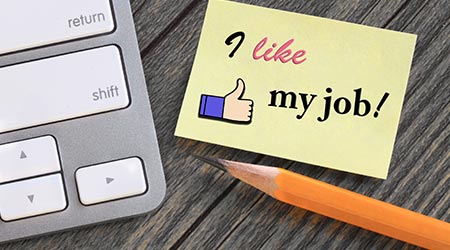 After analyzing 32 million of its user profiles, professional networking giant LinkedIn has identify three factors that it believes are strongly associated to employee retention. The company accomplished this feat using a process that it says mirrors what life insurance companies do to project a potential policy holder’s lifespan.

LinkedIn’s study of its own users profiles concluded that there’s a 76 percent chance that a person stays at a company after one year there. The likelihood of that person staying with their employer becomes less likely after two years, diving to 59 percent. After three years, a person is more likely to leave the job (52 percent) than to stay.

So for what reason are the employees who are projected to stay sticking around? Well, LinkedIn came to find that one reason employees stay with a company is that their role changes within that company. In fact, an employee is more likely to stay with a company even if that change in duties does not involve a promotion or pay raise — it could be a totally lateral move.

No shocker here: another reason people choose to stay with their current place of employment is that they like its management. LinkedIn found that companies that test within the top 5 percent for having “open and effective management” experience significantly greater retention than those outside that grouping. After three years, there’s a 48 percent chance of an employee staying with a company that has elite management compared to just a 32 percent chance of staying that duration with a company whose management rates near the bottom in effectiveness.

The third lesson gained from LinkedIn’s study is that company’s that give their employees more control and influence tend to get those workers to stay longer than those who don’t. The findings, which LinkedIn says it developed by cross-referencing its survey of executive vice presidents with its own retention data, show that companies that are less empowering to their employees only have about a 35 percent chance of keeping a worker after his or her third year of employment.

For more on retention and employment, read CleanLink’s recent post on the positive steps companies can make to keep employees onboard.