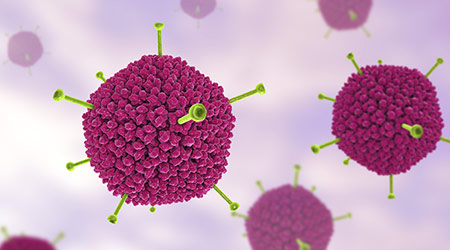 The long-term care facility in Wanaque, N.J., where 10 children died this month from an adenovirus had been cited for infection control lapses in recent years, according to an article on the NorthJersey.com website.

According to annual inspection reports from 2015 to 2018, the Wanaque Center for Nursing and Rehabilitation failed at times to properly supervise patients and handle medical equipment in a sanitary manner. The State Health Commissioner said the deficiencies cited in the most recent report were "low-level" and have been corrected.

The state has barred the facility, the Wanaque Center for Nursing and Rehabilitation, from accepting new patients until the outbreak is contained. Children at the Wanaque Center, in northern New Jersey, are long-term care residents, with some reliant on ventilators and tracheal tubes, according to an article on The New York Times website.

According to the Centers for Disease Control and Prevention, adenovirus can be found on surfaces, such as doorknobs, objects and water in swimming pools. The virus is often associated with communal living facilities.

A worker at the facility said "filthy" conditions and mismanagement contributed to the outbreak, according to an article on the NJ.com website.

The Wanaque Center also was not equipped to quarantine infected patients, according to an article on the Herald Mail website.

The facility did not have room to isolate the children when they became ill in the facility’s ventilator unit, according to the state's health commissioner.

The cause of the outbreak and how the virus spread so quickly among the children remains unknown, the official said.