Facility Firm’s Own Probe Leads To Accusations Of Overbilling 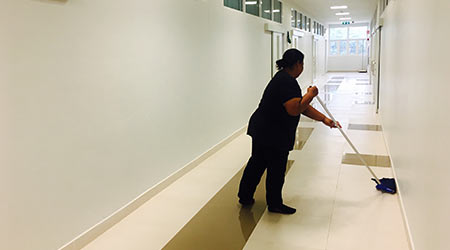 After a partner in The Facility Group, a janitorial and maintenance services company, investigated its dealings with the Detroit Public School Community District, the district accused the company of overbilling by millions, according to the Detroit Free Press. The district is alleging the company overbilled for work and failed to ensure all employees at the schools received background checks.

The district superintendent recently outlined for the school board the results of the district’s own investigation regarding The Facility Group. It was reported that the district has withheld $2.4 million in payments to the company in anticipation of damages or reimbursement, but said the district hopes to avoid a lawsuit.

Issues described in the report include being improperly charged for overtime, as well as for parts, supplies and food. Also, workers reporting to schools had not properly undergone background checks.

District officials acknowledged the investigation was initiated by a Facility Group partner. According to The Facility Group, the company had believed overbilling practices were part of the school district culture.

In fact, a 2015 USA Today article revealed that a principal of Detroit’s Mumford High School helped vendors score school business by ghost writing their responses to bids. She would take a cut of vendor payments and allow vendors to overbill.

The Mumford principal said she was advised to engage in these practices by veteran principals in the district.