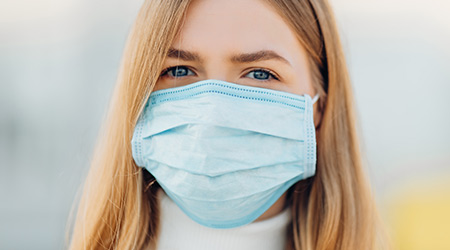 The United States sadly surpassed 2 million COVID-19 cases last week, according to a report by The Washington Post. The milestone serves as just another chapter in a saga of sickness and death that has shocked the entire world for the past few months.

As the story progresses, so does the public's response to the pandemic. In early March, Americans wondered when the first positive COVID-19 test result would pop up in the United States. By April, the life of every American was changed in at least some way by the pandemic, as schools and businesses closed, people stayed inside their apartments and houses and social contact was relegated to phone conversation and video chats. When people do venture outside, some now sport some type of face mask ranging from bandanas wrapped around the nose and mouth to professional-grade personal protective equipment. While participation in this act has been decent, others have outright refused to ever don a mask - an act of defiance that history tells us isn't at all new.

Many of the people of San Fransisco supported the order to wear face coverings during the first wave of the flu pandemic in 1918. But like today, things began to get better for a while and the city's mayor lifted the order to wear masks in November. Then a second wave came in early 1919, which forced the mayor to reinstate the order. By that time, people had began to enjoy their free faces, and as a result, protested by forming the Anti-Mask League.

More than 2,000 people attended the first meeting of the Anti-Mask League. However, it's impact wasn't great. More Bay Area residents wore their masks, which helped the city to slow the spread of the flu. The last meeting of the group went poorly and the group fizzled out. By February, the second order was lifted and residents went to being without a mask - until now.