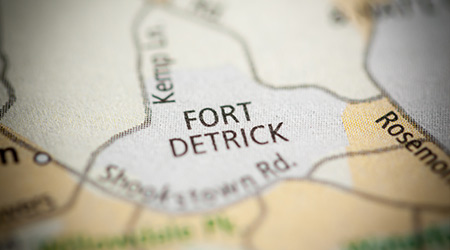 Government documents recently obtained by one local news agency show that a U.S. Army laboratory responsible for studying deadly contagious diseases had to be shut down due to serious violations.

The Army lab at Fort Detrick, Maryland had to be closed due in part to the fact non-human primates were infected with a “select agent,” the Centers for Disease Control And Prevention said in a report obtained by WJLA 7. The CDC classifies select agents as “biological agents and toxins that have been determined to have the potential to pose a severe threat to public health and safety, to animal and plant health, or to animal or plant products,” according to the report.

The lab at Fort Detrick works with smallpox, anthrax and Ebola.

The CDC also observed other violations that it deems serious. One of the violations came when a person entered a room without respiratory protection during procedures in which workers were dealing with a non-human primate on a necropsy table. The other serious violations state that the lab failed to verify whether or not employees had been trained to deal with toxins and select agents and also failed to ensure the implementation of biosafety and containment procedures.

Other less serious violations included a worker dealing with biohazard waste without gloves and one of the lab’s buildings having cracks in the ceiling and other places that prevented proper cleaning and decontamination.