EnvirOx Celebrates 20 Years Of A Healthier Way To Clean 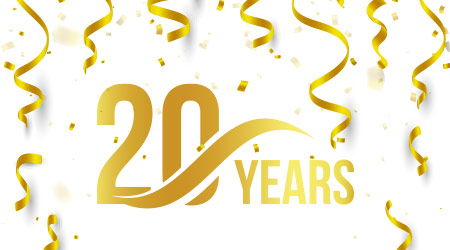 EnvirOx recently celebrated their 20th Anniversary with a fun and inspirational night of speeches, laughter, food, games, and dancing. The event celebrated the marketing launch of EnvirOx as a company.

The company was founded by Patrick Stewart, the inventor of H2Orange2, after he achieved his goal of creating a new kind of cleaning product. His vision for H2Orange2 was to create something that cleaned just as effectively as everything else out on the market, but was also safer for janitorial workers and less impactful on the environment. Twenty years later, key figures from the company reflected on not only the history of the company, but what was up next.

President Diana Stewart said the company thrived because of three things the company was founded on — vision, grit and heart.

“You see, we’re not here because Patrick had an idea. Not only did he have an idea, but he was able to bring it to fruition. He built a company and inspired people out of, essentially, thin air. And that’s remarkable to me,” said Diana.

“When I’m out there talking about EnvirOx and what I love about being a part of it, I'm talking about the company we work at today. I get to work with a lot of awesome friendly people, and I get to make a difference. The company is one of the things I brag about first. It's a fantastic company that provides a lot of opportunities. EnvirOx is a pretty unique place,” said Eric Jewsbury, Chief Financial Officer.

“I don’t really want to talk about the last 20 years. It was great fun. It was a lot of work. But what’s important is what’s going on now,” said founder Patrick Stewart, praising the current EnvirOx team for all their hard work and leadership.