Employers Given More Rights To Fire Over Outbursts 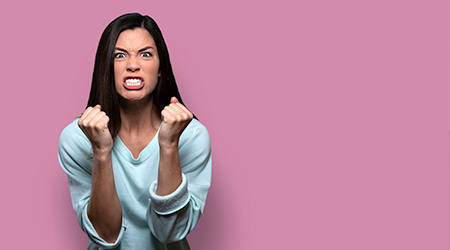 U.S. employers now have more rights to fire a worker for using language they deem to be offensive or abusive, even if that worker claims they were speaking out against perceived harassment and discrimination while on the job.

Charles Robinson, a black man, was suspended from his work as an electrician and union representative at a GM plant in Kansas City after he referred to his manager as "master," while speaking in what the boss called "a southern slave voice," reports BNN Bloomberg. Robinson challenged the suspension with the NLRB, arguing that he made the comment to bring attention to the way one company official treated him for speaking too loudly. He tells Bloomberg News that the company made him out to be a threatening figure because of his size and the fact that he's black.

GM argud the suspension was given because of Robinson's "racially hostile and personal ad hominem attacks," according to BNN Bloomberg.

With its unanimous ruling, the NLRB gives employers more rights to curtail what it calls "offensive outbursts" that occur on social media, in conversation with management and during a strike or protest.

“This is a long-overdue change in the NLRB’s approach to profanity-laced tirades and other abusive conduct in the workplace,” says NLRB Chairman John F. Ring in a press release. “For too long the board has protected employees who engage in obscene, racist, and sexually harassing speech not tolerated in almost any workplace today. Our decision in General Motors ends this unwarranted protection, eliminates the conflict between the NLRA and antidiscrimination laws, and acknowledges that the expectations for employee conduct in the workplace have changed.”

Moving forward, cases regarding an employee's alleged use of offensive or abusive language will be decided using the Wright Line Standard. This standard tasks general council with proving "that the employee's protected activity was a motivating factor in the discipline." If that is proven, then then employer must successfully argue that its punishment of the employee is consistent with how it treated other similar incidents.