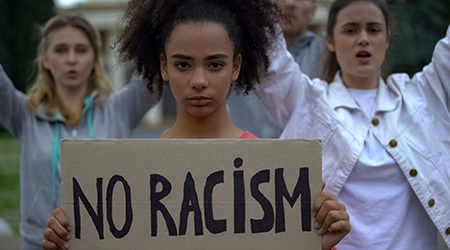 Employee turnover due to racial inequity in the workplace has cost U.S. organizations up to $172 billion over the past five years, according to new research by the Society for Human Resource Management (SHRM).

A new report, The Cost of Racial Injustice, released in May along with SHRM's Blue Ribbon Commission Report on Racial Equity, found one-third of Black employees faced unfair treatment at work based on race and ethnicity in the past year, and over two in five Black workers say they have experienced this in the past five years.

"SHRM has consistently challenged leaders in the workplace to have open and honest conversations with their peers and teams about bias, discrimination and racial inequity, and then turn those conversations into concrete action," said SHRM President and CEO Johnny C. Taylor, Jr., SHRM-SCP, in a press release. "The path to equity is shared, and it will take the collective efforts of HR professionals, C-suite executives, people managers, and employees to create workplaces where inclusivity, empathy, and respect are the cornerstone of culture."

Key findings from the new SHRM research include:

- Over the past five years, 26 percent of Asians, and 21 percent of Hispanics or Latinos, have experienced unfair treatment in the workplace due to their race or ethnicity.

- Absenteeism due to anxiety, worry, stress, or frustration stemming from experiencing or witnessing unfair treatment based on race or ethnicity in the workplace may have cost U.S. businesses up to $54 billion in the past year.

- Lost productivity was even more costly, carrying a nearly $59 billion price tag in the last year.

Promoting diversity, equity and inclusion in the workplace is impossible without a strong focus on empathy. Of workers who expressed an opinion, 92 percent said if they were seeking a job, they would specifically look for a company that demonstrates empathy, according to another new SHRM research report released recently by SHRM.