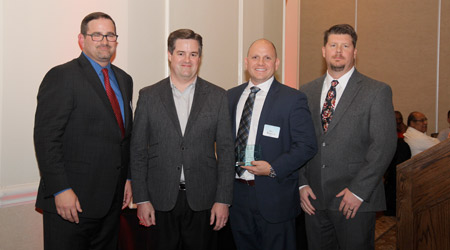 Each year, Empire Paper recognizes one vendor representative for the work they do to grow and develop business. Additionally, they look for an increase in sales and more specifically, sales that take them into new types of customers and verticals. This year, Mr. Womack was selected to receive the Empire Paper 2018 Vendor Representative of the Year Award.

"Dee’s desire to sell new items into new verticals was contagious in the Central Texas area,” said David Strange, Vice President, Sales, Empire Paper. “He helped our sales team obtain the chemical business at several school districts, sell new departments in several municipalities, and break into the foodservice vertical in a greater way. He is the epitome of a good guy; and in a world that struggles with communication, he excels.”