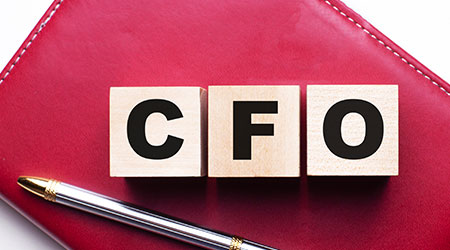 Ecolab’s Chief Executive Officer Christophe Beck announced that Scott Kirkland will become the company’s Chief Financial Officer on Jan. 1, 2022. Schmechel will remain with Ecolab through a transition period and retire in mid-year 2022.

"Dan has made outstanding contributions to Ecolab throughout his 27 years of service with Ecolab," Beck says. "During his tenure, Dan did exceptional work across every major Finance function. Under his leadership, we strengthened our talent, processes and technology, bringing additional value and insights that further advanced our world-class operations while also developing a very strong team of finance leaders. His deep knowledge and unwavering commitment to our company, its people and to improving our Finance function have been essential to our growth. He has always acted as a business partner, consistently bringing strategic leadership to the entire management team. His dedication and commitment to building a world class Finance team and financial excellence at Ecolab has been a hallmark of his work. We are a much better and stronger company because of his contributions."

“This has been a terrific run with a great company,” Schmechel says. “Ecolab is an epic story of doing well by doing good. Our commitment to innovation, sustainability, strong values and high ethical standards consistently win in the marketplace. Scott Kirkland and I have worked closely together for many years, and I am extremely confident in Scott and the great Finance team we have built together. The team is clearly capable of supporting Christophe and the business going forward without missing a beat.”

"Scott has been very intentionally prepared for the Chief Financial Officer position and is very qualified to assist Ecolab in achieving our aggressive growth goals," Beck said. "His outstanding performance and contributions in critical Finance areas across our businesses have served Ecolab and its shareholders well, and we expect that value to only increase in his new role. We look forward to Scott’s leadership as we further drive our aggressive growth plans in the years ahead."

Speaking of growth, last month Ecolab finalized the acquisition of Purolite. Read more on that here.