Ecolab Executive Chairman Retires From Board 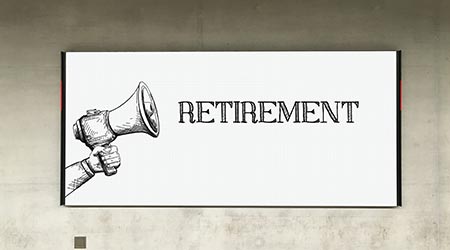 Ecolab announced that Douglas M. Baker, Jr., executive chairman of the board of directors of Ecolab, has informed the company that he will step down from the board following the expiration of his current term at Ecolab’s 2022 Annual Meeting of Shareholders on May 5, 2022.

Christophe Beck, president and chief executive officer, and a member of the board of directors, has been elected by the board to serve as chair, in addition to his current responsibilities, effective upon the expiration of Mr. Baker’s term. Jeff Ettinger will remain lead independent director.

“Under Doug’s leadership, Ecolab has become a true sustainability leader, recognized for its positive impact on the world and for its ethical practices,” said Jeff Ettinger, lead independent director for the Ecolab board. “Doug and his team have delivered exceptional returns for our shareholders. Today’s decision underscores the board’s confidence in Christophe’s leadership and strong character to lead Ecolab into the future as president and chief executive officer, and chairman of the board.”

Commenting on the announcement, Baker states, “I am delighted with the board’s decision. Christophe Beck and Jeff Ettinger are the right people to lead our board going forward. I have great confidence their leadership will continue to help Ecolab reach its full potential and deliver on its purpose to help protect people, planet and business health.”

Beck commented, saying, “By any objective measure, Doug Baker’s leadership and career have been incredibly successful. By guiding us to our current position as a preeminent global sustainability leader, his legacy will be recorded as one of great positive impact for Ecolab’s shareholders, associates and communities. I thank Doug for his leadership at Ecolab and for his personal support to me during the recent transition. I am also honored by the board's confidence, and look forward to further serving Ecolab, our shareholders and our 47,000 dedicated associates worldwide in this expanded leadership role.”

In other Ecolab news, the company was recently commended for water security efforts. Read more on that here.