EPA Honors ACI As Safer Choice Partner Of The Year 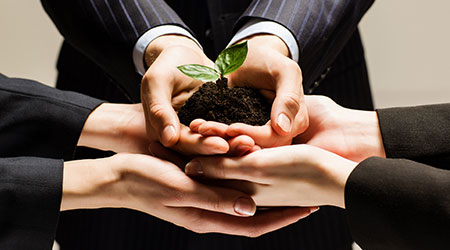 The Environmental Protection Agency (EPA) has named the American Cleaning Institute (ACI) as a Safer Choice Partner of the Year. ACI, the trade association of the U.S. cleaning product supply chain, was recognized as an outstanding Safer Choice Supporter.

EPA’s Safer Choice program helps consumers and purchasers for facilities, such as schools and office buildings, find products that perform and are safer for human health and the environment.

In 2020, ACI contributed toxicological reviews that resulted in eight chemicals being added to EPA’s Safer Chemical Ingredients List (SCIL) and was the first non-manufacturer to do so. ACI’s news media coverage featuring the Safer Choice program generated a total potential reach of 11.2 million people in 2020 and highlighted that “Adding chemicals to SCIL encourages innovation and growth in safer products, increases markets for manufacturers and helps protect people and the environment.”

"Many ACI member companies have products and chemistries that are recognized by the EPA Safer Choice program. The SCIL allows manufacturers the ability to offer best-in-class safer chemicals to the market that carry the robust third-party verification of the EPA," said Melissa Hockstad, ACI’s President & CEO. "ACI is proud to have supported the program for the last decade through ongoing work with EPA staff, including the advocacy of science-based principles for ingredient and product criteria."

ACI also partnered with the Good Housekeeping Institute to host their first-ever cleaning summit, which included a panel on ingredient transparency that discussed how the Safer Choice program helps consumers find products with safer ingredients. Good Housekeeping shared the Summit with its more than 782,000 newsletter subscribers.