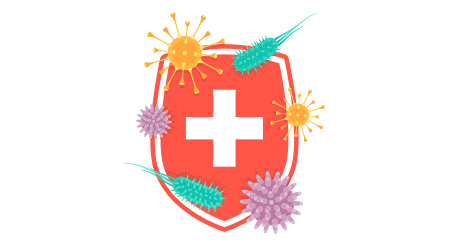 Infections developed due to drug-resistant germs cause nearly 3 million Americans to be sick each year, and about 35,000 of which die, according to a new report.

The report was conducted by Centers for Disease Control and Prevention (CDC), marking the first time since 2013 that the CDC released such a comprehensive analysis on the topic, reports Science News for Students.

The CDC's review was created using the electronic health records kept by more than 700 hospitals. Using similar data for its 2013 report, the CDC found that 23,000 Americans were killed by drug-resistant germs each year. However, after taking a closer look, the CDC thinks those 2013 calculations were way off the mark — by about 20,000 deaths.

The CDC says the figures in the new report could also be too low.

In addition to estimating the number of annual deaths caused by drug-resistant germs in the United States, the report also adds two drug-resistant microbes to its previous list of serious public health threats. One of the microbes is the fungus Candida auris. The other is Acinetobacter, which is a bacteria.