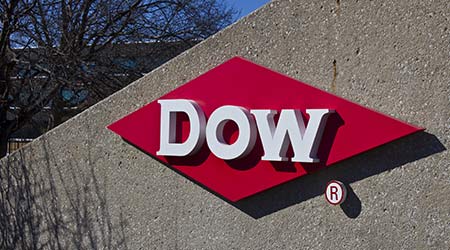 Dow Chemical announced John Sampson has been named senior vice president, Operations, Manufacturing & Engineering for Dow. Sampson succeeds Peter Holicki, who will retire in 2021 after more than 34 years of service with Dow, according to a press release.

Sampson has most recently served as a corporate officer at Olin Corporation, with executive oversight for managing the M&E, Manufacturing Services, Safety / Health & Environmental and Technology Center of Olin’s Chemical businesses. Prior to joining Olin in 2015, Sampson had a long career with Dow, beginning in 1983 in Louisiana in Polymers Research & Development.

He moved into Dow's manufacturing organization in 1988 and throughout his Dow career, held a wide range of positions. He was a business manufacturing leader and led sites in the U.S. and Europe – including Dow’s Rhine Center facility in Germany and France from 2004 to 2007. He served as the global business director for Chlor-Alkali and in 2011, he was named Manufacturing vice president, Chemicals & Energy. He was later named vice president of Environment, Health & Safety Operations for Dow.

“I am delighted to welcome John back to Dow,” says Jim Fitterling, Dow chairman and CEO. “John is an outstanding, well-respected leader who brings a deep range of strategic experience in manufacturing, business and EH&S (environmental health and safety). Our global manufacturing, operations and engineering team plays a vital role in the pursuit of Dow’s ambition and future growth, and John is ideally suited to lead this world-class team.”

“I want to thank Peter Holicki for his many years of service to Dow and for his leadership. Peter has been a steadfast champion of Dow’s Manufacturing organization throughout his career and has helped build the strong team we have in place today," say Fitterling. "I also thank him for his work as executive sponsor of the Disability Employee Network (DEN). Please join me in wishing Peter and his family every happiness as they begin this next chapter.”