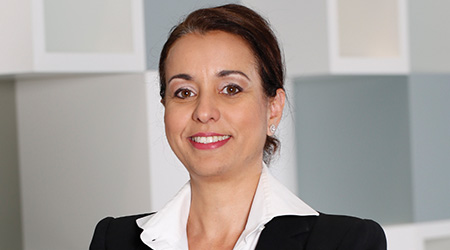 Diversey announced that president and CEO, Dr. Ilham Kadri, is the recipient of a Golden Bridge Award, an annual recognition program honoring the achievements of companies around the world and the people who are integral to their success. Dr. Kadri’s dedication to women’s advancement within the company and the cleaning industry earned her the Gold “Women Helping Women” award.

“The majority of commercial cleaners are women who do not speak the language of the country in which they work,” said Dr. Kadri. “When we provide female cleaners with professional development opportunities, we empower them, stimulate the economy and get closer to closing the gender gap. I’m honored to be recognized as a crusader for these hardworking individuals.”

Kadri is an advocate for illiterate female cleaners because she was raised by one, her grandmother, in Morocco. They often went without basic essentials like quality food, electricity and running water. Kadri’s grandmother instilled in her a willingness to continuously learn in order to create a better future for herself.

Kadri is the founder and first Chairwoman of the ISSA Hygieia Network, a non-profit association for the advancement and retention of cleaning industry women. The Network recently launched a mentoring program, as well as a book detailing success stories and tips from industry women such as Kadri.

The Diversey president and CEO is also dedicated to serving on corporate boards and paving the way for future women leaders. In June 2017, she was named as a new U.S. Class Member to Catalyst’s Women on Board initiative, which works to advance more women onto corporate boards. She also serves as an advisory board member for Catalyst and was named to A.O. Smith’s Board of Directors last year. Within Diversey, she is heavily involved with the Women’s Initiative Network (WIN), which aims to ensure the company attracts, retains and advances the professional development of women.