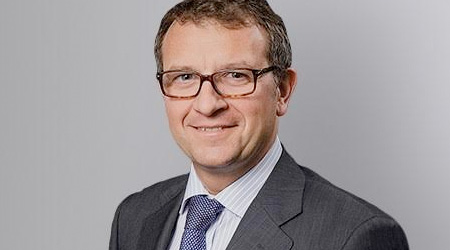 Mr. Sagasta comes to Diversey from Office Depot, where he led financial operations, managed the company’s Finance, Accounting, Treasury and Procurement functions and had operational oversight of CompuCom’s international operations in Mexico and India - CompuCom was acquired by Office Depot in November of 2017. Partnering closely with senior leadership, he helped set CompuCom’s strategic and financial direction and shape the Finance organization to efficiently support the company's business and financial needs.

Mr. Sagasta joined CompuCom from Grupo Corporativo ONO in Madrid, Spain where as Chief Financial Officer he managed cost efficiency and cash flow management to achieve significant goals, such as re-architecting processes and cost structure that involved an innovative digitization of the customer lifecycle. In addition, he provided critical support to management and the Board of Directors as ONO invested in critical new business capabilities and technological investments to create a leading high speed internet player in the Spanish market.

Mr. Sagasta’s previous roles include Financial Director and Controller at Abertis Telecom in Barcelona, Spain, as well as financial roles at Gramercy Communications Partners, Salomon Smith Barney and Andersen Consulting in New York City. He holds an MBA in Finance and Strategy from The Anderson School at UCLA in Los Angeles, California, and a Bachelor of Science degree in Business Administration and Finance from St. Louis University.

Mr. Sagasta’s mission at Diversey will be to lead the best in class finance team and processes in the industry, enhance Diversey's efficiency and drive the achievement of the Company’s ambitious growth and profitability expansion plans. He will be located in Charlotte, North Carolina.