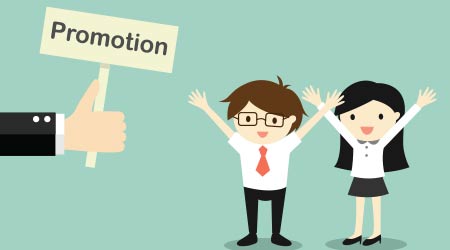 Motion, a distributor of maintenance, repair, and operation replacement parts, and a provider of industrial technology solutions, announced seven recent promotions to key field management positions. Each brings depth of experience and achievement to further position Motion for success – in providing the best customer experience as well as in attaining company growth goals.

Logan Carden was named Nashville Division Vice President and will be responsible for overseeing the sales growth initiatives of 20 branches located in parts of Indiana, Tennessee, Kentucky, Mississippi and Alabama. He will report to Chris Pacer, Vice President Group Executive – Central.

Carden joined Motion in 2007, as a member of the Corporate Accounts Support Team. He continued to expand his roles within the company, ultimately earning a corporate account manager role in 2013 before his move to the field sales and branch operations side in 2019 with a promotion to branch manager of Motion’s Evansville, Indiana, location. Carden was quickly promoted to sales manager of the Evansville and Owensboro (Kentucky) locations in March 2020.

He graduated with a Bachelor of Arts degree from Huntingdon College in 2006 and later earned his MBA from the University of North Alabama. Originally from Birmingham, Alabama, Carden is currently based in Indiana after making the move with his 2019 promotion.

Bill Carroll was promoted to vice president of the new Philadelphia Division (Pennsylvania ,New Jersey, and West Virginia), which was strategically established to serve and further the significant growth in the East Group’s territory. He will be responsible for overseeing 13 branches’ sales and guiding their market growth, and will report to Phil Donnelly, vice president group executive – East.

Carroll most recently managed the Philadelphia branch, and in his career has held a variety of managerial, sales, and support positions in the company and in its industry. He started in 1989 with Eastern Bearing of New Jersey, which Motion acquired in 1999. During his Motion tenure, Carroll has managed at four different branch operations in New Jersey and Pennsylvania. He has also worked in Motion’s Corporate Accounts organization in a compliance manager role.

Originally from Pennsylvania, Carroll is based near Philadelphia.

Tami DeWeese will assume leadership of the Pacific Northwest Division as its vice president. In her new role, DeWeese will oversee the sales growth, strategy and operations of 19 branch and shop locations. She will report to Jeremy Barton, vice president group executive – West.

A native of Washington state, DeWeese started with Motion in 2014 as a branch manager for Motion’s Portland, Oregon branch, and in 2016 took on the added responsibility of the Longview, Washington branch. Prior to joining Motion, she was the president of a process pump company for 13 years.

Dan Pike was promoted to St. Louis Division vice president and will be responsible for the sales growth and strategic management of 17 branch operations throughout Missouri and Arkansas. He will report to Austin Amos, senior vice president group executive – Midwest.

Pike began his career with Motion in 1991 as a trainee, and his tenure has included various positions within the company including account representative, fluid power specialist, area vice president of corporate accounts and other positions He is a native Floridian and a graduate of the University of Florida with a degree in marketing.

Purvis started his career with Motion in 1991 at the branch in Mattoon, Illinois and has held various positions within the company, including operations manager and account manager. In 2011, he was promoted to corporate account manager.

Prior to joining Motion, Purvis attended Eastern Illinois University. Originally from Illinois, he is currently based in Decatur.

Steve Kammeyer was named area vice president for Corporate Accounts, West Group. In his new position, he will directly engage with field personnel and leadership in creating and developing internal and external sales-driven initiatives, with a focus on corporate account customers.

Beginning his career with Motion in 1986, Kammeyer has held various roles within the branch structure. He was promoted to corporate sales manager in 2012.

An Arizona native, he is based in Phoenix.

Lisa Solomon was promoted to area vice president for Corporate Accounts, Central Group, and will lead the group’s Corporate Accounts Team. She will be responsible for enhancing existing national account relationships and driving new opportunities for growth throughout the various industry segments within the geographic area.

Corporate Accounts and was quickly promoted in 2016 to corporate accounts manager.

Originally from Michigan, Solomon graduated from Central Michigan University with a Bachelor of Arts in Broadcasting, Communications and Marketing.

“We are immensely proud of what these individuals have accomplished to date and are confident that their experience, acumen and drive will help to take their divisions and the company to a new level,” said Kevin Storer, executive vice president branch operations – North America and president of Motion Mexico. “Each of these promotions is well-deserved and we are looking forward to seeing the impact of their leadership, as part of Motion’s bright future.”