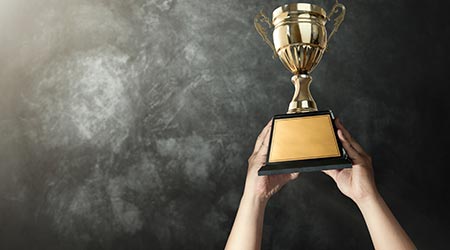 The Builders Hardware Manufacturers Association (BHMA) has named two winners of its prestigious Richard A. Hudnut Distinguished Service Award: Global Vice President of Engineering Don Baker of Allegion and ASSA ABLOY’s Coordinator of Standards Jeff Trull. The announcement was made during the association’s annual meeting, which was held virtually this year.

This award recognizes exemplary performance by individuals identified by their peers as having consistently demonstrated integrity and a strong commitment to the standards and code development process of BHMA and the builders hardware industry.

“The major contributions that both Don Baker and Jeff Trull have made to the quality and integrity of the BHMA standards development process led the association to award both of these longtime BHMA members this honor,” said Ralph Vasami, BHMA’s executive director. “Their dedication has helped the association further its mission of advancing building safety and security.”