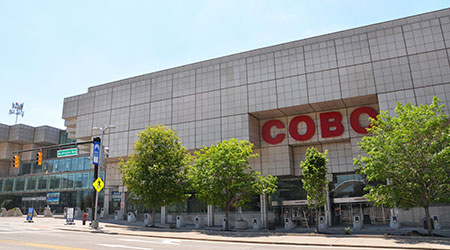 The Cobo Center in Detroit, Michigan, is expected to save roughly $200,000 annually on cleaning by bringing those services in-house. According to Crain’s Detroit, the venue stopped using The Professional Group, a Detroit-based janitorial service, last October and is pleased with the savings and performance of the restructured team.

Cobo, which is operated by the Detroit Regional Convention Facility Authority and managed by SMG, was previously contracted with Detroit-based ABM Janitorial Services. After several years with ABM, the contract transitioned to The Professional Group in 2016, but terminated after just a year.

Facility officials saw this as an opportunity to bring the cleaning in-house, a move that could result in as much as a 10 percent savings for the $1.75-million-a-year budget.

According to reports, the cost savings is expected to come from avoiding a 15 percent markup on labor, even though workers are being paid more. Under the new structure, the average wage of a full-time cleaner is $13.50, plus benefits — up from an average of $11.10 an hour, plus benefits.

The Cobo cleaning staff includes about 35 full-time employees and as many as 250 part-time workers. None of the cleaners were affected by the management change.