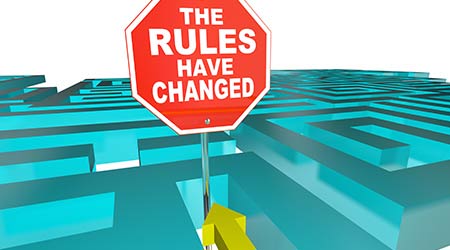 The U.S. Department of Labor has a withdrawn the “Independent Contractor Rule,” to maintain workers’ rights to the minimum wage and overtime compensation protections of the Fair Labor Standards Act (FLSA).

The department announced the change Wednesday and it became effective Thursday.

According to a press release from the department, it is withdrawing the rule for several reasons, including:

- The independent contractor rule was in tension with the FLSA’s text and purpose, as well as relevant judicial precedent.

- The rule’s prioritization of two “core factors” for determining employee status under the FLSA would have undermined the longstanding balancing approach of the economic realities test and court decisions requiring a review of the totality of the circumstances related to the employment relationship.

- The rule would have narrowed the facts and considerations comprising the analysis of whether a worker is an employee or an independent contractor, resulting in workers losing FLSA protections.

“By withdrawing the Independent Contractor Rule, we will help preserve essential worker rights and stop the erosion of worker protections that would have occurred had the rule gone into effect,” said U.S. Secretary of Labor Marty Walsh. “Legitimate business owners play an important role in our economy but, too often, workers lose important wage and related protections when employers misclassify them as independent contractors. We remain committed to ensuring that employees are recognized clearly and correctly when they are, in fact, employees so that they receive the protections the Fair Labor Standards Act provides.”

In addition to maintaining the scope of workers covered by FLSA wage and hour protections, the department anticipates that the independent contractor rule’s withdrawal will avoid a reduction in workers’ access to employer-provided fringe benefits such as health insurance and retirement plans. The withdrawal will also avoid a reduction in other benefits such as unemployment insurance and workers compensation coverage.