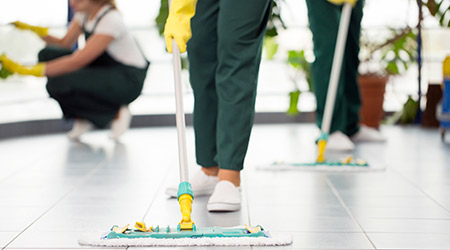 The U.S. Department of Labor recently found workers providing services for an unnamed "virtual marketplace" company to be independent contractors. According to the Benzinga website, this development could be valuable for contract cleaning companies.

The Department of Labor’s opinion letter, issued on April 29, said that workers who provide services to consumers through this specific company's virtual platform are not employees of the company, and therefore the company is not obligated to pay benefits such as medical insurance, minimum wage and overtime.

While the name of the company that had requested the opinion was not disclosed, wording used in the opinion letter indicated it may be a business that provides a platform for cleaning or repair services, the article said.

The Department of Labor letter took a similar stance to a National Labor Relations Board (NLRB) ruling in January that found an airport shuttle service's franchisee drivers were not employees under federal statute.

When deciding on employee status, the MLRB will consider (among other things):

• If there is no contract or agreement between the employer and the independent contractor; most contracting relationships are based on signed agreements