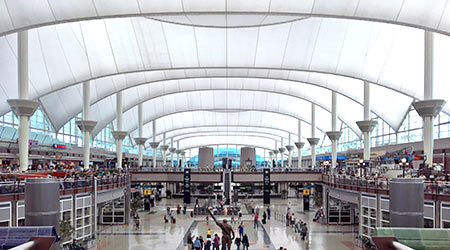 The Denver City Council recently awarded a $115 million janitorial services contract at Denver International Airport (DIA) to a longtime provider whose performance had been questioned by losing bidders, according to an article by The Denver Post.

Questions had emerged about ISS the week before the vote. City Councilman Kevin Flynn, who received a copy of the protest letter filed by a losing bidder, delayed the vote by a week, according to a different article.

“It’s unfortunate that questions come up at the last minute like this,” Flynn said before the initial meeting. “But it’s a very large contract, and there is some controversy around it. So we deserve to hit the pause button and get some answers. I don’t want to vote on something that still has lingering questions.”

Flynn eventually said his questions were answered and the vote proceeded.

Airports officials have defended the selection of ISS against protests saying the new contract includes stricter benchmarks for performance as well as stronger cleaning standards.

The losing bidders also said ISS, which has had the main janitorial contract at Denver’s major airport and its predecessor for decades, failed to meet all contract criteria.

An airport official told the council that after this and other previous bids have drawn protests, the airport plans to seek an outside review of its bid process and rules with an eye on increasing transparency and efficiency, the article said.

DIA’s lengthy final negotiations with winning bidders, which left losing companies in the dark for months about the outcome, has also drawn criticism.