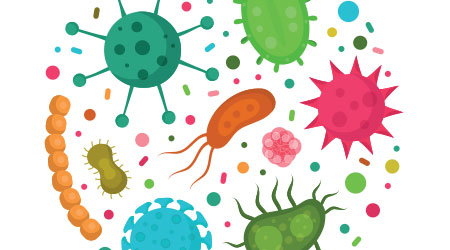 A new study shows just how quickly a strain of drug-resistant bacteria can take over a hospital even after a deep cleaning.

Scientists at the London School of Hygiene & Tropical Medicine and University of Cambridge used genome sequencing to find out how well drug-resistant gastrointestinal bacterium can spread throughout a hospital, according to The Atlanta Journal-Constitution.

Researchers in the study exercised a technique used to track the spread of bacteria in a healthcare setting to monitor the spread of drug-resistant Enterococcus faecium, which is a bacterium often found in the gastrointestinal tract. The bacterium doesn't typically cause complications serious enough to cause a hospital visit, but it can be lethal to those with a compromised immune system. Different strains of the bacterium have emerged that are resistant to some drugs and other antibiotics. These strains are often times found in Enterococcus faecium infections acquired at hospitals.

Patients were removed from one ward of a hospital being studied so that it could be deep cleaned over a three day period. Despite the fact that patients had not yet returned to the ward, researchers found that nine percent of samples taken after the deep cleaning were still positive for the bacteria. When the patients returned to the ward, the amount of samples testing positive jumped up to half.

While other studies had observed that drug-resistant forms of Enterococcus faceium can live in a hospital environment after cleaning, the scientists were surprised when the samples taken in this study tested positive so quickly after a deep cleaning.

One of the researchers said the findings of the latest study demonstrates just how hard it is to control outbreaks in hospitals.