The cold and flu season is rapidly approaching and with it, an age old debate rears its ugly head: hand dryer or paper towel? It is time to wash your hands of the notion that paper towels are a more hygienic way to wash hands than hand dryers. The truth is: touch-free, high-speed, energy-efficient hand dryers, like the XLERATOR hand dryer manufactured by Excel Dryer, reduce the spread of germs.

“At Excel Dryer, we understand the importance of touch-free hand dryers that reduce the risk of users contacting potentially unclean surfaces while drying hands in a public restroom,” said Excel Dryer Vice President of Marketing, William Gagnon. “The American Journal of Infection Control published a study that found 17 species of bacteria on unused, recycled paper towels. Even if the dispenser is sensor-activated, people are still exposing themselves to potential germs by touching what they thought was a clean paper towel.”

To settle the hygiene debate, an independent study was conducted by Antimicrobial Test Laboratories to assess the bacteria level comparisons for XLERATOR hand dryer versus paper towels. The study evaluated bacteria levels on hands of volunteers who washed their hands then dried them with either paper towels or an XLERATOR hand dryer with the HEPA Filtration System, which filters 99.97 percent of bacteria at 0.3 microns that are potentially present improving the quality of the air in the room.

For the study, all volunteers washed their hands for 20 seconds with warm soap and water in accordance with Centers for Disease Control and Prevention (CDC) hand hygiene guidelines. The results of the study indicated that the method of drying – paper towels or hand dryer – did not significantly affect bacteria levels on hands.

“The studies we conducted suggest that hands dried with paper towels and hands dried with a HEPA-fitted XLERATOR dryer are equally hygienic,” said microbiologist Dr. Benjamin Tanner, president and CEO of Antimicrobial Test Laboratories. “While levels of pre-wash contamination varied from one volunteer to the next, the drying approach used did not appear to affect bacterial counts.”

Additionally, Dr. Franklin R. Cockerill III and his colleagues at the Mayo Clinic in Rochester, Minn., conducted a randomized trial to determine the effects of four hand drying methods for removing bacteria from washed hands. In a year-long study of 100 people who volunteered to have their hands contaminated with bacteria, researchers found that hand washing got rid of the same amount of germs regardless of drying style. Results were reported in Mayo Clinic Proceedings (75:705-708).

For those who consider recycled paper towels to be a more hygienic method of hand drying, a note of caution: A Canadian study conducted by researchers at Laval University in Quebec City, and published in the American Journal of Infection Control in December 2011, found that large communities of bacteria (including toxin producers) can be isolated from unused paper towels. Those bacteria were also found to be capable of transfer to individuals’ hands after washing. The finding included 17 species of bacteria on paper towels, the most common of which was Bacillus, which causes food poisoning. 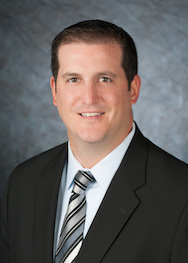 The article above was written by William Gagnon, Vice President of Marketing at Excel Dryer, Inc.