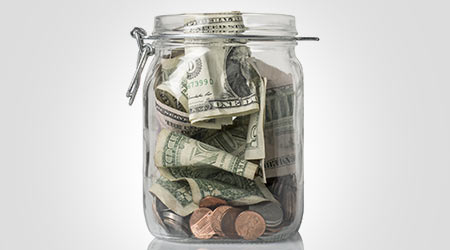 Consumers are accustomed to tipping for services, but for some reason, cleaning services often get overlooked. According to Travel and Leisure, there is also some confusion over when and how much to tip hotel housekeepers.

Almost a third of Americans don’t tip hotel housekeepers, while just 3 percent don’t tip restaurant staff, according to a survey by TripAdvisor. Most leave without tipping because they “didn’t know they needed to.”

Hotel cleaning is strenuous work, including lifting heavy mattresses and repetitive bending. Compensation for this hard work can vary depending on the hotel, location and whether a union is involved, but median wages are roughly $9.28 an hour. And individual workers are responsible for between 16 and 30 rooms each day.

According to etiquette experts, hotel guests should leave a few dollars for housekeeping every day, since staff responsible for the space might change from day to day. Accompanying the money should also be a note indicating it’s purpose, so staff knows it’s meant for him or her.

A spokeswoman for Unite Here, a hotel and hospitality workers' union, said she hopes hotel visitors leave as much as $5 a night “as a recognition of the often invisible work hotel housekeepers do that although unseen is integral to an exceptional guest experience.”

Other sources comment that $2 to $3 is suitable, but again, encourage travelers to tip based on the amount of cleaning necessary following their departure (consider a tidy business traveler compared to a family with small kids).

Hotels have made strides to encourage awareness of the hard work of housekeepers by leaving tip envelopes, attendant postcards or personal notes in the guest room. Such actions have helped, according to the article.