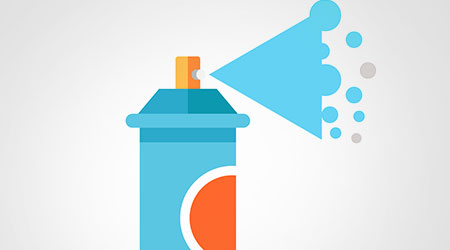 In a new study, researchers from the University of Colorado at Boulder and the National Oceanic and Atmospheric Administration have found that indoor cleaners and other chemical-containing agents (paints, personal care products) have become an increasingly dominant source of key emissions.

The study, reported on by The Washington Post, focused on chemical products that give off volatile organic compounds (VOCs). The research found that the contribution of these chemicals’ to the overall VOC burden has been underestimated.

The study does not address the question of whether the substances are dangerous to breathe indoors — but rather whether when they are outdoors, interacting with sunlight and other substances, do they contribute to outdoor air pollution?

“We would caution media pundits against exaggerating the findings of research on the potential effects of volatile organic compounds (VOCs) found in many consumer products, including some cleaning products,” said Brian Sansoni, a vice president at the American Cleaning Institute (ACI), an industry trade group.

The ACI issued the following statement in response to research published in the journal Science – and related news coverage – discussing the potential effects of volatile organic compounds found in consumer products, including cleaning products:

"The findings of research on the estimated emissions of volatile organic compounds found in many consumer products, including some cleaning products, need to be put into the context of changes manufacturers have made in these products.

"The fact is, in California – which is referenced in the study – regulators have placed limitations on the VOCs in most consumer products over the past three decades. Laundry and dishwashing products in particular have a minimal impact on VOC emissions overall through the selection of ingredients that biodegrade during wastewater treatment.

"The authors themselves note in their study:

"Most organic compounds in soaps and detergents dissolve in water and end up in sewer systems, with negligible amounts emitted from wastewater treatment plants."

"Media reports on this research ignore the steps that have been taken by manufacturers to manage the VOC emissions from their products.

"It is important to remember that cleaning products serve a vital role in everyday life, contributing to healthy home and workplace environments when used as directed.

At the same time, two scientists not involved in the research praised the work— and one implied that the regulatory implications of the work could be significant.
“I think this is a comprehensive study,” Nga Lee “Sally” Ng, a professor of chemical and biomolecular engineering at the Georgia Institute of Technology, said by email to The Washington Post.

Ng said the work suggests that additional research will be needed to determine how much these chemicals are contributing to the formation of fine particles in the atmosphere, the most dangerous form of air pollution.