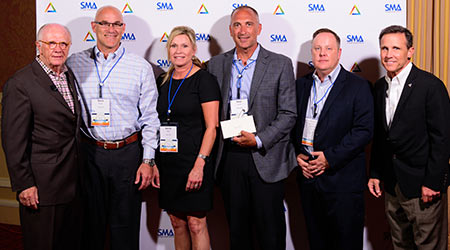 “Delivering outstanding service to our customers is at the heart of everything we do,” said Mike Flagg, Chief Executive, SC Johnson Professional North America. “We’re proud to be recognized by SMA for the fourth year running and remain committed to upholding these standards of excellence.”

Additionally, Deb Group was recognized as the SMA Qualified Supplier Achievement in Product Innovation for launching its Solopol GFX, the world’s only heavy-duty foam hand cleanser with grit, and the revolutionary TruShot and TruFill Dispensing Systems from SC Johnson Professional® within the last year.

“Achieving Navigator recognition is not something the associates of SMA take lightly,” said McGann. “This acknowledgment conveys our deeply-felt appreciation and respect for the efforts made by all of our supplier partners and member companies in service together to our mutual customers.”