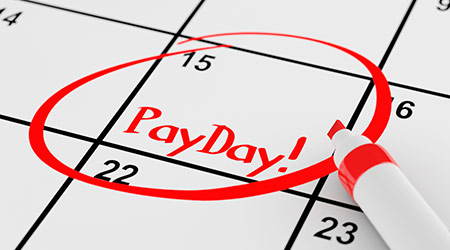 The U.S. Department of Labor has issued a ruling that it says will help protect the wages and job opportunities of American workers by making it less beneficial for U.S. businesses to hire foreign employees.

The department reviewed Permanent Employment Certification, H-1B, H-1B1, and E-3 Visa programs and came to the conclusion that the existing wage methodology allows abuses of these programs to potentially occur, according to the department's new release. The department said such abuse could be harmful to American workers. It claimed this potential harm to the wages and job opportunities to American citizens is made even more severe due to the COVID-19 pandemic and its impact on the labor market.

“The U.S. Department of Labor is strengthening wage protections, addressing abuses in these visa programs, and ensuring American workers are not undercut by cheaper foreign labor,” said U.S. Secretary of Labor Eugene Scalia. “These changes will strengthen our foreign worker programs and secure American workers’ opportunities for stable, good-paying jobs.”

"When seeking to employ an H-1B, H-1B1, or E-3 visa, U.S. employers must attest that they will pay nonimmigrant workers, during the period of authorized employment, the higher of the prevailing wage or the actual wage paid to other employees with similar experience and qualifications," said the department in its statement.

The ruling also forces an employer who is hoping to hire an immigrant under an EB-2 or EB-3 classification to recruit American workers for the same position using a prevailing wage issued by the department. If the search yields no qualified American candidates, then the company must pay the foreign worker hired the prevailing wage.

"The prevailing wage rates in these programs thus play an integral role in protecting U.S. workers from unfair competition posed by the entry of lower cost foreign labor into the U.S. labor market," said the department in the news release. "It is essential that the methodology used by the department in calculating the prevailing wage rates accurately reflect what U.S. workers performing the same kinds of jobs and with similar qualifications make to ensure employers cannot use foreign workers in place of U.S. workers"