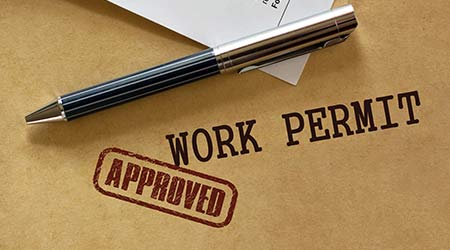 The U.S. Department of Labor’s (DOL) Employment and Training Administration (ETA) and Wage and Hour Division (WHD) announced a new interpretation of their regulations and accompanying guidance in ongoing efforts to protect American jobs and ensure employers pay temporary foreign workers admitted under the H-1B visa program as the law requires.

“Our work in this space continues to protect American jobs, ensures guest workers are paid the wages they have legally earned, and levels the playing field for employers using guest worker programs,” said Wage and Hour Division Administrator Cheryl Stanton.

The recent guidance comes in the form of a bulletin from ETA and a Field Assistance Bulletin (FAB) from WHD. The guidance documents will take effect in 180 days from the day of the announcement, which was Jan. 15.

WHD’s FAB2021-X clarifies that when a primary employer places an H-1B worker with a secondary employer that is a common law employer, both employers must comply with their respective LCAs and the corresponding H-1B program obligations. The FAB explains how these compliance principles will apply in practice with regard to the requirements enforced by WHD.

“This revised interpretation is long overdue in light of the language of the regulations, better comports with the goals of the H-1B program, and is consistent with recent Executive Branch directives,” said Assistant Secretary for Employment and Training John Pallasch.