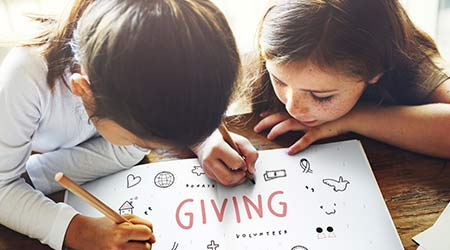 The growing appreciation for cleaning professionals and the important work that they do was made even more apparent recently when members of one high school's staff worked together to give a car to a down-on-his-luck custodian.

Samuel James has been walking to his job as a custodian at Citronelle High School in Alabama ever since his car stopped working, reports Fox10 News.

Luckily, James' misfortune has a happy ending. James had told the school's principal that he was in the process of saving up for a vehicle because the engine in his current car blew. The principal also had a recent conversation with one of the school's English teachers, Deborah Pippin, who had told him that her and her husband were looking to part ways with a 10-year-old car that was extremely important to them. The couple was able to part ways with the car because they got a newer vehicle, but also wanted it to have a good new owner because it had been the vehicle they used to bring their kids home from the hospital. That's when the principal suggested James as the recipient.

The Pippins were happy to give James the car, and he certainly showed them his appreciation. He told reporters that he has known the Pippins for eight or nine years and that they've always been good to him. Crying tears of joy, James said he considered the couple good friends.

For video of the emotional gift giving, check out FOX10 News' story here.