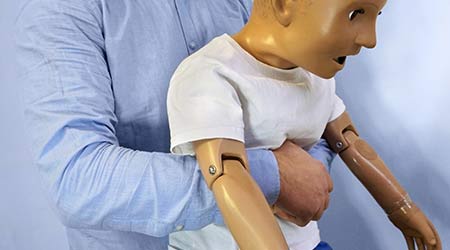 An elementary school custodian's past training in another profession might very well have saved one child's life.

Doug Christensen was sweeping the cafeteria floor at Silver Mesa Elementary School in Sandy, Utah when one student rushed to him seeking help for a friend who was chocking. Remaining calm, Christensen quickly moved to eject a tater tot from the girl's throat using the famed Heimlich Maneuver, reports Fox 13 Salt Lake City.

Some are reportedly calling Christensen a hero and they could be right considering his quick actions might have saved a young life. But Christensen, a former EMT, called the situation a "normal routine" and just something he would "normally do."

This isn't the first time we've shared news of a custodian saving a student's life and it likely won't be the last. Gun control activist David Hogg talked about how a school custodian saved his life and that of others during the mass shooting at Stoneman Douglas High School. Some of what Hogg had to say about that event and details of other situations in which a custodians saved lives during a mass shooting cane be reviewed here.