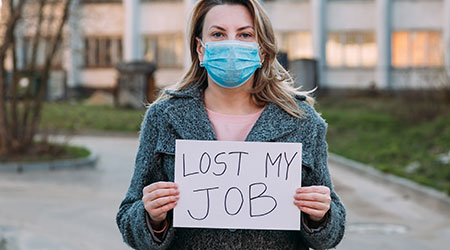 A former custodian at an elementary school outside of Edmonton, Alberta, Canada claimed she was fired from her job because she refused her employer’s demand that she download a smart phone app that would track her.

Michelle Dionne said she had been six weeks into her job cleaning the school when the cleaning company who employed her told workers they had to download an app on their mobile phones so they could be tracked during work hours, reports CBC. Dionne told CBC’s Go Public team that she found the instruction to download the app, called Blip, to be offensive. As a result, she refused the demand.

Two months after Dionne said she refused her employer’s request, she was fired — her unwillingness to download the app was cited in her letter of termination. She said she had been complimented for her performance at work prior to the firing.

Since other Canadians have said that their employer asked them to download an app that tracks their location to their phone, Go Public reached out to lawyers. One lawyer, who practices in Toronto, Ontario, told Go Public that the practice is a “cautionary tale that might take us to a place we don’t really want to go.”

The attorney said that just because an employee downloads Blip or any other app that tracks his or her location, it doesn’t mean that worker gave the employer consent to collect data on them. According to the law in the area in which the attorney practices, employers would have to be made aware of how any data collected on their location will be stored, shared or used.

Another lawyer in Toronto told GO Public that employers there have the right to compel employees to download an app on their cell phone. However, they must be aware of the requirement when they are hired, not later.