Custodian Claims He Was Fired For Taking COVID Leave 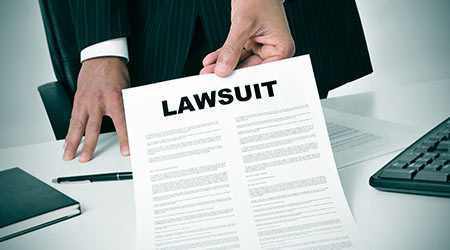 A former custodian at a school district in the Milwaukee area is suing that former employer, claiming he was fired after he developed a serious health condition while on medical leave for COVID-19 testing. Duane Kaufmann claims the Greenfield School District violated his rights by firing him when he was using privileges granted to him under the Family Medical Leave Act, reports the Milwaukee Journal Sentinel.

According to the criminal complaint, Kaufmann's doctor gave him a note suggesting he be placed on medical leave from work Jan. 14-18 so that he could be tested for COVID-19, which Kaufmann believed he might have gotten. It was during this leave that Kaufmann claims to have suffered an unspecified medical condition that was serious, thus preventing him from working.

The complaint also states that Kaufmann was allegedly issued a written document on his last day of leave in which he was reprimanded and threatened to be fired if he continued to miss work. Weeks later, in early March, Kaufmann made requests for medical leave so that he could undergo surgery and then recover for six weeks — a length of absence that would have been covered under the Family and Medical Leave Act. The district fired Kaufmann on March 15, citing the letter he had been given in mid-January.

The district's Director of Human Resources told the Journal Sentinel that it is the district's policy to not comment on pending ligation. However, he did say the claims made in the complaint are not accurate and that the district isn't overly worried about the lawsuit, which was filed in the U.S. Eastern District Court of Wisconsin.