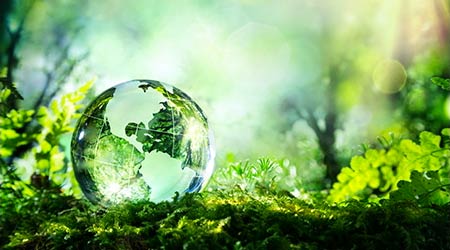 A study released on May 20 found that 86 percent of people want businesses to do their part in putting people and the planet ahead of profits.

Conducted by Wunderman Thompson, which helps organizations identify consumer behaviors, trends, and shifts, the study included 4,000 adults, 18 and older, in the United States, the United Kingdom, China, and Brazil.

The study also found that nearly nine in 10 respondents believe sustainability should be standard practice for brands. According to the researchers, these findings are higher than what was found in a similar study conducted in 2018.

“In the wake of the pandemic, there is a growing appetite for change — and people are looking to brands to lead the way,” said the researchers. “This new report, ‘Regeneration Rising: Sustainability Future,’ unpacks the signs of change pointing to a regenerative future.”

Other findings from the study include the following:

- Ninety-four percent say they are trying to live sustainably; however, some consumers report the number one barrier to living sustainably is cost.

- Seventy-five percent of women say they think about ways they can live more sustainably. Seventy percent of men in the study say the same.

- A similar disparity was found when asked if the respondents prefer to buy from companies or brands that demonstrate a commitment to sustainability. Eighty-six percent of women say they do, a smaller number of men (81 percent) say they do.

“The study also brought in something not frequently analyzed, and that is ‘regeneration,’” says Steve Ashkin, an expert in green cleaning and an advocate for sustainability. “Regeneration goes beyond sustainability. It investigates steps we can take to restore and nurture ecosystems. This helps people and economies flourish.”

While about a third of those in the study said they were not familiar with the concept of regeneration, once it was explained, close to 70 percent believe it is an “inspiring idea” that deserves greater attention by people and organizations globally.