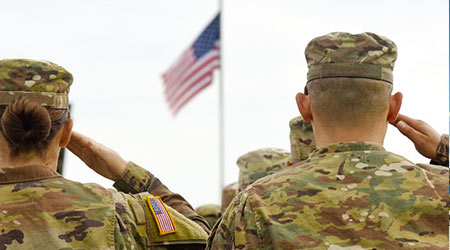 Image One Facility Solutions, a growing commercial cleaning franchise, has been ranked in Entrepreneur magazine’s annual Top Franchises for Veterans list, according to a company press release. The franchise, known for its strong franchisee support, focus on customer service, and industry-leading technology, ranked No. 34 on this year’s list.

To determine this ranking, Entrepreneur invites companies to participate in a survey to gauge the different veteran programs offered. From there, Entrepreneur develops a ranking of the top 150 franchises for veterans, taking into account each company’s veteran incentive, how veteran franchisees are attracted to and supported by the company, and how each company scored in the 2020 Franchise 500.

Since its founding, Image One has put an emphasis on recruiting veterans to join the franchise group.

“One of the most important things we can do as a franchisor is help those who have served our country," says Image One Co-founder and CEO Tim Conn. "Franchising plays to the strength of veterans, they can follow a system and see great success, all while still helping the community around them. We are honored to be named a top franchise system for veterans by such a reputable publication.”

As part of Image One’s commitment to veterans, it offers three attractive options for jumpstarting their franchise career. Veterans can receive either $15,000 off the initial franchise fee, be given jobs that result in $5,000 of recurring monthly revenue from the corporate office, or finance their franchise through Image One interest free. These benefits are also available to first responders, including police officers, fire fighters and emergency medical technicians.

One franchisee who benefitted from Image One’s commitment to veterans is Andy Avila, who spent over six years in the Army National Guard. In 2016 he started working with his brother, Jason Avila, who owned an Image One for several years. He was able to put to use one of the biggest skills he learned during his time in the military – his ability to adapt to whatever situation he was in. No matter what unknowns the Avila brothers met in a day, Avila knew how to keep going and handle every stress factor. He knew he could succeed on his own and in 2018 he bought an Image One franchise.

“When I invested in my own Image One, the opportunity and benefits they offer to veterans like me was a huge help,” said Avila. “I think the benefits Image One offers, and the continued support from Tim and the entire corporate team, speaks highly of the franchise and demonstrates their incredible appreciation of veterans. I’m proud that I have the opportunity to grow my own business with a respected brand like Image One, and that it affords me the opportunity to hire other veterans.”