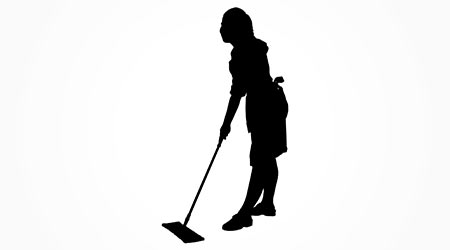 Chicago Public Schools officials withdrew plans to approve a $60.6 million contract for school cleaning and other facilities management work over harassment concerns about the contractor, according to an article on the Chicago Sun Times website.

Records show GCA Educational Services Central States Inc. was poised to get a three-year deal to manage facilities services at 34 Chicago schools — some of which had the worst issues during inspections for cleanliness. But it was discovered that the company has a poor history of protecting its janitors from sexual harassment.

Just before a June 27 meeting during which the Chicago Board of Education was scheduled to award the contract, Chicago Public Schools' chief operating officer announced he was pulling the recommendation. Arnie Rivera told the Board he had just received information that raised concerns. Board members didn’t publicly ask about what Rivera found.

GCA's parent company, ABM, was featured in the 2015 PBS “Frontline” documentary “Rape on the Night Shift” about women in California who were sexually harassed and assaulted while working as nightshift janitors.

Since 2000, ABM has been sued three times over harassment claims. GCA — which ABM bought in 2017 — had been sued in 2012 by a school janitor in Tennessee who said she was fired after reporting incidents to supervisors of sexual harassment and assault by a coworker. Her case was settled for undisclosed terms in May 2013, according to court records.