Cleaners Lead The Fight Against Outsourcing 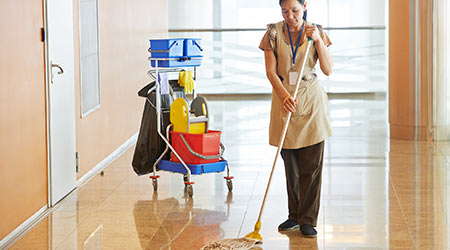 After 11 years of campaigning, the cleaners at SOAS (the School of Oriental and African Studies), University of London, have won the battle, according to an article on the Equal Times website.

By September 2018, the university will ensure that every worker for SOAS is an employee; as a result, they will receive holiday pay, sick pay and pension contributions, amongst other benefits.

With cleaners at the London School of Economics (LSE) winning a similar victory in June, London’s universities are home to some of the UK’s most inspiring worker victories in the fight against precarious labor, the article said.

During the summer, more than 700 low-paid cleaners, porters, security guards and catering staff at Barts Health NHS Trust (which covers five hospitals in London) went on strike for a 30p (US$0.40) wage increase from the outsourcing firm, Serco.

Late last month, a solidarity protest was held after two cleaners at the UK’s biggest luxury car dealership were suspended for joining the United Voices of the World Union, and on 12 October the RMT transport union held a demonstration in support of the cleaners that are battling outsourcing on the London Underground.

In September, the Independent Workers’ Union of Great Britain launched a campaign called "Back in House" in a bid to end outsourcing and zero hours contracts at all of the University of London’s 18 member institutions and nine research institutions.

“Every time we go to the university to complain about poor pay or conditions, they hide behind the outsourcing companies and say it isn’t their responsibility. This has to stop and we are going to put an end to it,” said IWGB President Henry Chango Lopez, who works as a porter at the University of London, in a press statement.