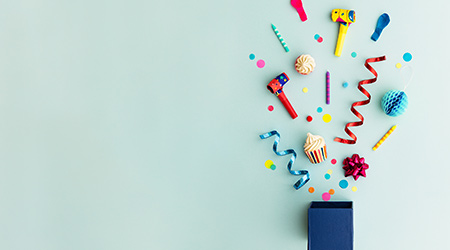 Fast forward to 2018. That same company has grown from a few employees to over 30, and from no customers to over 500 throughout the United States and around the world. That calls for a celebration.

CleanTelligent’s janitorial software was first developed in the late 1990s when Michael Jenkins, Joseph’s brother and then President of BearCom Building Services, recognized the need for an innovative software solution to facilitate cleaner-to-client communication.

“As soon as we gave this to our customers,” Michael Jenkins said, “our client retention increased by 300 percent and our sales quadrupled with this new niche we had.”

In 2003, the Jenkins brothers decided to make the software available to other cleaning companies to help them reap the same benefits. The Jenkins’ software company eventually adopted the name of its product, also becoming known as CleanTelligent.

Since CleanTelligent Software’s founding 15 years ago, its premiere solutions have expanded from client communication to quality inspections, job scheduling, reports and much more. Still web-based, the software includes desktop and mobile apps.

“The fact that we’ve been in business for 15 years is evidence of how powerful of a need that we’re solving in our industry,” said Caden Hutchens, Executive Vice President of CleanTelligent. “We’re constantly trying to learn from the industry and grow from it.”

The industry has learned a few things from CleanTelligent as well. In the past six years alone, CleanTelligent has won five ISSA Innovation Awards, including the latest award for Business Intelligence, its most recently launched feature. “We hope to continue to adapt to new, innovative processes and continue to earn our spot in the industry,” said Hutchens.

The fifteenth anniversary is a milestone that the company is grateful and proud to be celebrating, but it is only the beginning. Just as technology continues to change, CleanTelligent will also change, adapt and grow to meet the needs of its customers and the jan/san industry. “Hopefully in 15 years’ time we’ll continue growing, growing to the point where we’re fulfilling more of our customers’ needs,” said Joseph Jenkins. “We’ll continue to be the most innovative solution on the market for more and more customers and expand to a greater worldwide audience.”

To celebrate the anniversary, CleanTelligent Software invited its employees and their families to a company barbeque and will be putting together a time capsule to be opened in 2033, the company’s 30-year anniversary.