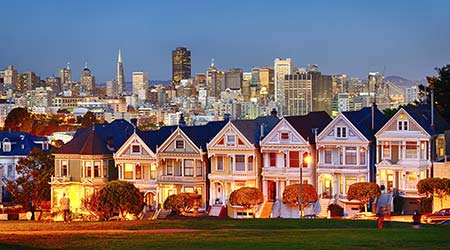 The San Francisco Department of Public Works Employees responsible for cleaning city restrooms and other areas are angered by the fact they have nowhere safe to clean up and use the restroom while on the job. As a result of the situaiton, Laborers Local 261, which is the union that represents the workers , is backing a measure that would create a separate sanitation department throughout the city, reports KCBS Radio.

The proposition supported by the union would create a Department of Sanitation and Streets featuring a oversight commission that monitors issues surrounding waste, City Supervisor Matt Haney tells KCBS Radio. Haney says the majority of cities in the United States have such a department.

Like so much else in 2020, the issue the Department of Public Workers employees face is due in part to COVID-19 and politics. The pandemic has caused the city to shutdown a variety of its public buildings, leading to less restroom access. That means the people cleaning up needles garbage and bodily fluids such as blood and urine have many less options for washing up after making contact with potentially dangerous material. Members of the Laborers Union Local 261 tell another news outlet that the Public Works employees are being punished with bad restroom access because they were whistleblowers in a corruption scandal.