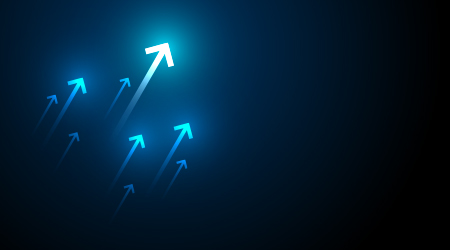 City Wide Facility Solutions announced last week it has been named #162 on the 2021 Franchise Times’ Top 400 list. The brand was also #8 on the “Top 10 Fastest Growers by Sales Percentage” and identified as a top performer in the “Cleaning Services” category.

The brand jumped 47 spots since last year’s ranking, and has made the list for 10 consecutive years. In 2020 alone, City Wide’s sales grew by 30.4 percent, surpassing $392 million; an impressive feat and a testament to the recession resistance of the brand. With its nearly 70 locations across the United States and Canada, the company is currently on pace to exceed $480 million in systemwide sales for 2021.

“City Wide has seen explosive growth over the last couple of years – and 2020 was no exception,” says Jeff Oddo, CEO and owner of City Wide Facility Solutions and City Wide Franchise. “It comes as an honor to not only have earned a spot on this list among so many other well-regarded franchise brands, but we are also proud to be listed as a “Top 10 Fastest Grower” across all categories. We have an incredible corporate team here at our Support Center and, even more, we have a remarkable franchise system.”

Previously the Top 200+, Franchise Times renamed its annual ranking of the 400 largest U.S.- based franchise systems by global systemwide sales to better encompass the biggest brands in franchising, along with promising young concepts in growth mode. The rigorous approach to research remains the same, said Franchise Times Editor in Chief Laura Michaels. The project is the result of a five-month research and reporting effort that leads to the most credible and objective franchise ranking available.

City Wide has made a name for itself in major U.S. cities by streamlining facility solutions for more than 20 interior and exterior services for commercial facilities including janitorial, disinfecting, handyman services and parking lot maintenance. Building owners and property managers appreciate City Wide for its vast resources, expertise, vendor selection and account management, all which relieve clients the typical stress associated with facility maintenance.