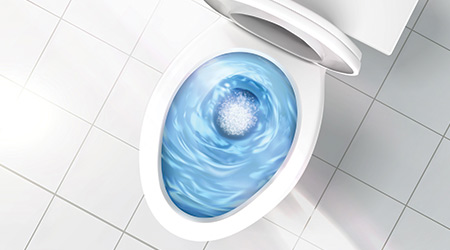 The first half of the Colombia vs. Japan World Cup match was a nail biter, keeping fans glued to the edge of their seats until half time. The break was a relief to fans, but caused a moment of panic for city waterworks bureau workers in Japan.

According to Japan Times, millions of soccer fans waited until the 45-minute half was over before using the restrooms. In doing so, water use jumped 24 percent in the short time between halves.

The short spike in water usage subsided as the second half began. Fans watched as Japan won out over Columbia, at which point city officials saw another increase in toilet flushes. The barrage of restroom visitors caused an additional 50 percent jump in water use.

But, according to reports, Tokyo waterworks bureau anticipated the stampede and adjusted the city’s supply and pressure accordingly to avoid catastrophe.