Cities Where Water Costs Have Risen The Most 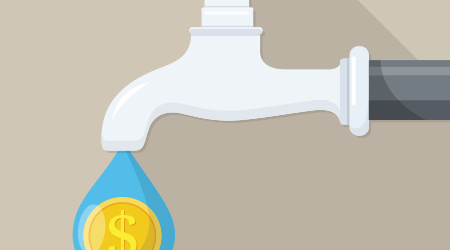 If you’ve noticed your water bills going up lately, you are not alone. A recent study by Circle of Blue, a worldwide water information center, says water and water removal rates are surging in the U.S.

Overall, they have gone up more than 30 percent in the past decade. And in some areas of the country, such as Baltimore, they have more than doubled.

The main reason these rates are snowballing is that most water utility companies now realize it will be up to them to rebuild or improve their water infrastructure. The Federal government has provided few resources.

Further, with most funds now going to address coronavirus and getting the economy up and going, few if any more funds are expected.

“Most of the pipes in the U.S. were installed in the mid-20th century,” says Klaus Reichardt, CEO, and Founder of Waterless, CO., Inc., manufacturers of no-water urinals for home and office, as well as other restroom products.

“A 2017 report from the American Society of Civil Engineers gave U.S. water infrastructure a grade 'D.' However, some areas of the country did better and received a grade 'D+.'"

So, what U.S. cities have seen their water bills escalate the most? According to Reichardt, the cost of approximately 50 gallons of water has gone up the most in the following cities:

1. Fresno, California led the way with a 14.7 percent increase.

In the past, Reichardt has suggested that by installing water-reducing technologies, such as waterless urinals, we can help mitigate these increased costs. However, that has become more complicated in recent years.

“What’s happening is some [water] utility companies are charging more for water because we are using less. Still, those consumers that have reduced consumption will pay less for water than those that have not.”