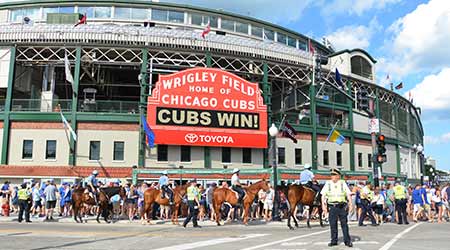 “When a facility has an organized approach to cleaning, disinfection, and infection prevention, employees have a clear picture of their roles and responsibilities,” said GBAC Executive Director Patricia Olinger. “GBAC STAR accreditation helps organizations create and execute a plan for minimizing risks associated with infectious agents. This makes it an ideal fit for historic places like Wrigley Field, newer hotels, and everything in between.”

Built in 1914 and known as the “Friendly Confines,” Wrigley Field has been the home of the Chicago Cubs for more than a century. In 2004, the City of Chicago named the ballpark a Chicago Landmark, and in 2020, the site was designated as a National Historic Landmark by the U.S. Department of the Interior. The ballpark, which is the second-oldest active MLB ballpark, averages more than three million fans per year, and is a sought-after destination for sports enthusiasts around the world.