Century Old Public Restroom Made Into A Bar 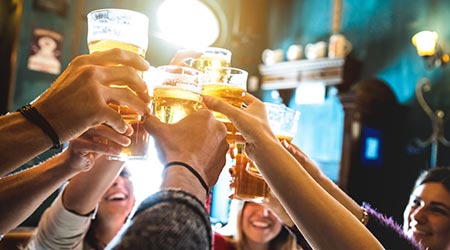 A 105-year-old public restroom in Cincinnati is getting a re-brand as a bar, reports WLWT5.

Located in Cincinnati’s Walnut Hills neighborhood, the restroom-turned-watering hole is named Comfort Station. The facility was first built next to a streetcar line in the early 1900s.

Though it’s now fit to serve patrons, a lot of work had to be done to Comfort Station before it could be opened. That’s because up until a few years ago the space had been vacant for decades. Owner Stuart King invested $700,000 and spent five years on improving the space, which had its grand opening on June 28.

Creative minds and ingenuity continue to develop bars from facilities that originally used for just about anything but serving drinks. A bar in Chicago that requires a reservation for admission used to be a storage space, reports Chicago magazine. Appropriately named Janitor’s Closet, the northside tavern seats 15 and is decorated with cleaning supplies, mop heads and other janitorial goodies.