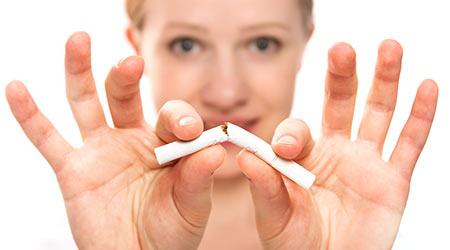 Keep America Beautiful, the national nonprofit that envisions a country in which every community is a clean, green and beautiful place to live, announced a partnership with Hubbub’s Neat Streets campaign to end cigarette butt litter in a creative and interactive way. Keep America Beautiful’s Cigarette Litter Prevention Program will pilot Hubbub’s Ballot Bin receptacles in five locations across the United States this spring.

The Ballot Bin is an oversized ash receptacle that aims to tackle the issue of cigarette butt litter by encouraging use of the public ash receptacle through a visually compelling, interactive message. It employs a “voting system,” which allows the user to vote on predetermined questions by choosing one of two slots to dispose of their cigarette butts. Each Ballot Bin has a window that displays the used butts, allowing the smoking public to generate a public opinion poll as they walk past the Ballot Bin. Questions asked are customizable and can be changed to reflect local interests or timely topics.

“Keep America Beautiful is in the business of behavior change and the team at Hubbub has demonstrated that the Ballot Bin offers an effective approach to reducing cigarette butt littering in the UK and beyond,” said Becky Lyons, chief operating officer, Keep America Beautiful. “Our network of 620-plus affiliates and other community partners, serving urban, suburban and rural communities, are a snapshot of America. We look forward to bringing the Ballot Bin to communities across the United States as we strive to build upon the success of our Cigarette Litter Prevention Program and advance our fight to End Littering in America.”

Keep America Beautiful affiliates and partners participating in the pilot program include:

The bins in each pilot market have been customized to the interests of the local communities. The questions on each bin will also be created with local interest in mind and swapped out each week to allow for adult smokers to “vote” on a number of topics.

Following its successful pilot in April 2016, Hubbub launched the Ballot Bin with a new website -- www.ballotbin.co.uk -- and has since shipped it to more than 14 countries and 100 locations. The organization’s independent evaluation in London demonstrated that the Ballot Bin achieved a 46 percent reduction of cigarette butt litter in locations where the bins were used.

“The voting bin is a simple solution that has provoked an incredibly positive response and got people talking about cigarette butt litter in a new way,” said Rebecca Dove, Managing Director of Hubbub. “In less than a year, the Ballot Bin has reached 12 million people in the press and social media and been demonstrated to reduce cigarette butt litter by 46%. So we are delighted to be working in partnership with Keep America Beautiful to introduce the Ballot Bins to the US and look forward to following this exciting pilot.”

Since its establishment, Keep America Beautiful’s Cigarette Litter Prevention Program has consistently cut cigarette butt litter by approximately half based on local measurements taken in the first four months to six months after program implementation.  Results from 2016 program implementation saw a 62% reduction in cigarette litter. Survey results also demonstrate that as communities continue to implement and monitor the program, the reductions are sustained or even increased over time. Keep America Beautiful has distributed nearly $3.3 million in grant funding since 2006 to support local implementation of the program in more than 1,700 communities nationwide.