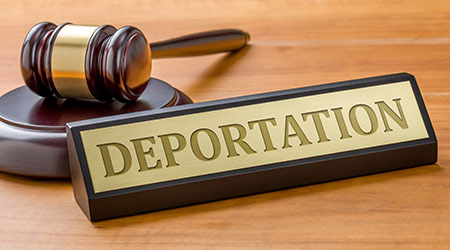 Several thousand dollars have been raised on GoFundMe to cover the legal fees of a university janitor trying to prevent his own deportation to back to Columbia.

Francisco Acosta, who is employed by Wesleyan University in Middletown, Connecticut, has been battling to stay in the United States for more than two years, reports the Hartford Courant. Acosta came to the United States in 2001 after threats were made on his life because he was a teacher. At the time, teachers in Columbia were being killed for their political views and participation in unions.

Acosta has never been granted asylum, but he has been able to live and work in the United States because U.S. Immigration and Customs Enforcement had been authorizing his stay. Things changed for Acosta when the Trump Administration began cracking down on immigration. Acosta was to be deported in 2017, but was able to avoid the move back when the government gave him a stay in 2018 so that he could continue to care for his mother, a U.S. citizen who has cancer.

Members of the union Acosta belongs to, SEIU 32BJ, started the “Help Francisco Stay” campaign with hopes of raising $5,000 that could be used towards his debts and impending legal expenses. At the time of this report, $5,889 had been raised for the movement.

Acosta is one of many people working in the United States who have faced employment and deportation issues due to changes in immigration policy over the last few years. Much of this is due to the ongoing questions surrounding Deferred Action for Childhood Arrivals (DACA) and the expiration of the temporary protected status (TPS) that had been granted to thousands of people who fled countries ravaged by war and natural disaster. This 2018 story from Contracting Profits discusses the impact changing immigration policy might have on the commercial cleaning industry.