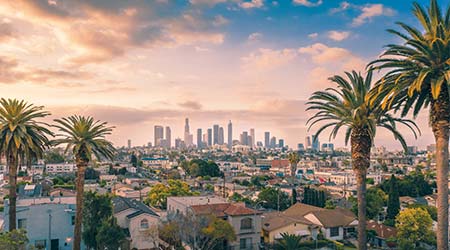 Members of the board that oversees workplace safety in California said it's likely The Golden State will soon allow fully vaccinated workers to not wear masks while working in most conditions, reports the Los Angeles Times.

The California Division of Occupational Safety and Health's deputy chief said it's expected that the standards being considered will be similar to those the California Department of Public Health had issued for the state's general public. Those California Department of Public Health Standards, which go into effect Tuesday, allow most people who are fully vaccinated to not wear masks. There's a few cases in which people would still have to wear a mask, like when they're using public transit.

A meeting will be held Thursday to discuss mask rules in the workplace. The results of that meeting would then be reviewed by the state's Office of Administrative Law. The Los Angeles Times expects that what's decided in that Thursday meeting could go into effect by June 28 at most workplace settings, excluding healthcare facilities.

Earlier in June, the California Division of Occupational Safety's board had recommended that workers only go maskless in the workplace when everyone in the room was fully vaccinated. However, those standards that were recommended was rescinded following complaints from business leaders.