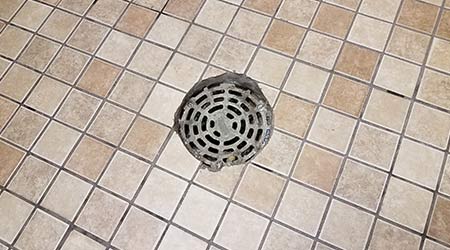 The Lancet, one of the United Kingdom's most respected medical journals, has reported concerns that COVID-19 can spread via plumbing systems in both homes and commercial facilities.

"By [their] very design, plumbing systems are a harbinger of pathogenic microorganisms which, under some circumstances, have the potential to enable airborne transmission of viruses such as severe acute respiratory syndrome (SARS-CoV-2), which [also] causes coronavirus disease (COVID-19)," the publication says on its website.

The primary way this happens "is that contaminated air drifts from dried out drainpipes carrying droplets of the virus," says Klaus Reichardt, CEO and founder of Waterless Co., Inc.

This has become more of an issue recently because so many buildings have been closed for more than 30 days.

"What happens is the P-traps under drains evaporates. When it does, this opens the door for odors, insects and fumes to be released into the facility," says Reichardt.

The problem is exacerbated in some commercial building restrooms because HVAC systems are designed to extract air from the restroom. The Lancelet reports that this is an issue because contaminated air is then drawn into the room.

To help address this problem, the report suggests the following:

- Do not ignore unexplained foul odors in buildings.

- Open the tap on all water-using fixtures at least once per day.

- If a drain or a wastewater pipe appears to be disconnected or cracked, seal it immediately.

With so many buildings still closed, having someone pour water into all water-using fixtures may not be possible. Nor is it necessary.

"A few ounces of an 'every prime' sealant will replenish the water in P-traps and should last for months," says Reichardt.